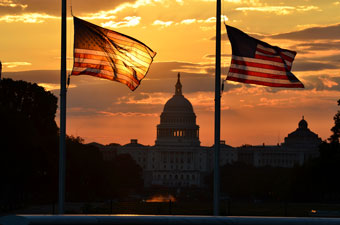 Comprehensive tax reform supported by President Donald Trump and House Republicans could have a ripple effect on not-for-profit organizations.

During his presidential campaign, President Trump advocated for reform of the tax code. Among other items, he proposed eliminating the estate tax, a provision also favored by the House Republicans’ Tax Reform Blueprint. Proposed changes to the amount of itemized deductions individuals can claim for tax purposes have also been supported by both House Republicans and President Trump.

Not-for-profit organizations cannot always control how their investments perform, but they can take steps to protect funds that are losing value.

Managing endowment investments will become even more important in the years ahead due to the changes coming to not-for-profit financial reporting. The changes will require organizations to disclose the fair value of the underwater endowed funds as well as the related original gift amount that must be maintained. The new requirements present an opportunity for organizations to reconsider their endowments and spending policies to preserve the value of such investments. The U.S. Department of Education (ED) recently held its 2016 Federal Student Aid Training Conference in Atlanta. Among many topics discussed during the conference, the following items are the key takeaways to consider for the upcoming award year. Massachusetts-based not-for-profits should be preparing now to file their Form 3ABC. The form provides a full or partial tax property tax exemption for an organization’s real or personal property so long as the organization files it by March 1, 2017.