The IRS and the Social Security Administration have released 2022 inflation-adjusted figures for more than 50 tax provisions. In addition to a 5.9% cost-of-living adjustment (COLA) for Social Security beneficiaries, details about adjustments to tax rate schedules, exemptions, and various thresholds for deductions and credits were announced. The tax year 2022 adjustments generally are used on tax returns filed in 2023. The new year is almost here, and it's time to start planning for changes to the tax treatment of research and development (R&D) expenses. The forthcoming changes to the research and development (R&D) tax deduction will affect companies in all stages—from startups to multinational corporations with global interests. Mandated by the 2017 tax reform law commonly known as the Tax Cuts and Jobs Act (TCJA), these changes will no longer allow companies to expense R&D costs immediately. Merger and acquisition (M&A) activity continues to be strong in 2021 as companies on the buy-side and sell-side take advantage of favorable market conditions and a rebounding post-pandemic economy. If M&A activity is in the cards for your business, you need to understand how recent tax developments could affect your strategy. Read on to discover tax moves and considerations that will help you make the most of your planned transaction. The House of Representatives passed a fiscal 2022 budget resolution (H. Res. 601) on August 24 that paves the way for President Biden’s “Build Back Better” (BBB) plan to be passed into law, potentially by the end of September. President Biden’s $1.8 trillion American Families Plan (AFP) represents the second installment of his “Build Back Better” campaign plan, and would more prominently position the government’s role in society. While his $2.3 trillion American Jobs Plan (AJP) would finance infrastructure spending primarily through additional taxes on corporations, the AFP has “wealthy” individual taxpayers footing the bill for child care and education spending. Congress must first agree on a strategy to formalize both the AFP and the AJP in legislation before it hones in on negotiations over the provisions from these two plans. But before the prospects are explored for the AFP becoming law, an analysis of its key components is in order.

President Biden recently unveiled his $2.29 trillion dollar plan to invest in transportation infrastructure and other capital projects, The American Jobs Plan (AJP). Although designed to stimulate the economy, the AJP may come with unfavorable tax provisions. Biden’s proposed eight-year AJP would be funded over the next 15 years through increases to corporate taxes and changes to U.S.-international business taxation. These permanent tax increases would offset the cost of the infrastructure and capital projects, and would begin to reduce federal deficits thereafter. 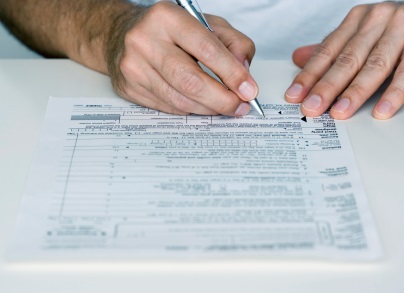 On March 17, the IRS announced that the tax filing and payment due date for individual taxpayers is postponed until May 17. Lawmakers and lobbying groups previously sought a longer postponement, but the additional one month provides welcome relief to many.