President Biden’s latest budget proposal calls again for higher corporate and individual tax rates, and proposes a new “Billionaire’s Minimum Tax” that would subject wealthy individuals to a minimum 20% tax rate on income that includes unrealized capital gains. These and other tax proposals were outlined in the Treasury Department’s annual Green Book on March 28. The Green Book represents the President’s “wish list” for tax policy, while Congress must draft and pass any associated legislation. Although the fate of the Build Back Better Act (BBBA) remains stalled in the Senate, the Green Book is intended to help shape ongoing and future negotiations in Congress.

The major points from this year’s Green Book and some observations follow. We begin with major business provisions, and continue with individual provisions most likely to be relevant.

An increasing number of states are embracing an entity-level income tax on pass-through entities (PTEs) as a way to mitigate the $10,000 deduction limit for state and local income taxes (SALT cap). Congress imposed the SALT cap on individuals as part of the tax reform law in 2017. These PTE tax (PTET) regimes effectively bypass the SALT cap, but introduce novel considerations for companies that prepare U.S. GAAP financial statements.

IRS Cracks Down on Documentation for Research Credit Claims
Posted by Bill Smith and Nate Smith on Fri, Mar 25, 2022 @ 11:49 AM

Last October, the IRS announced changes in documentation requirements for claims made with respect to the credit for Increasing Research Activities (the research and experimentation or R&D Credit). Together with an October memorandum from the IRS chief counsel’s office and subsequent procedural guidance in January, the IRS now requires that taxpayers must submit at least five pieces of information with an amended return or administrative adjustment request (AAR) that claims an R&D Credit, in order for claim to be valid. These new documentation requirements apply for claims postmarked on or after Jan. 10, 2022. Let’s face it—tax filings have been grueling the past several years. In the 2019 tax season, extensive and swift changes under the tax reform law known as the Tax Cuts and Jobs Act upended conventional planning and understandings. Then came 2020, when tax filers and preparers had to contend with the COVID-19 disruption, which brought about more tax law changes and threw a wrench into the ability of the IRS to process returns. 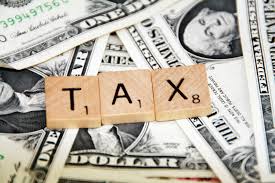 The $2.2 trillion economic stimulus package, the Coronavirus Aid, Relief, and Economic Security (CARES) Act includes many tax and non-tax provisions to assist individuals, businesses, and the unemployed. Tax changes in the CARES Act and other tax law changes that have come about to offset the economic impact of the COVID-19 pandemic create many potential issues to consider with accounting, from going concern evaluations to financial statement disclosures. For public companies with quarterly financial filings to prepare, there will be a number of income tax accounting implications that will need to be addressed now.

Taxpayers are still feeling repercussions far and wide from the extensive changes to the tax code made by the 2017 law known as the Tax Cuts and Jobs Act (TCJA). Because the TCJA was passed so quickly, many of its nuances required clarification, and this year’s tax reform-related updates are certain to affect your company’s planning. While a fix for qualified improvement property is still in the works, the following provisions have received final and proposed regulations in 2019.