The Tax Cuts and Jobs Act (TCJA) of 2017 caught many states off guard. The speed at which the federal legislation moved did not allow much time for states to react before the calendar year 2017 ended and the 2018 calendar year began, particularly related to the creation of the "so-called" SALT cap. Throughout 2020, Congress released numerous pieces of legislation designed to lessen the impact of the COVID-19 disruption, particularly for organizations that struggled to maintain their headcounts. One provision involved a refundable credit that organizations could apply against qualified wages and certain health insurance costs – the Employee Retention Tax Credit (ERTC).

Remote Practices for Financial Statement Audits That Are Here to Stay
Posted by Kevin Higgins on Thu, Jun 24, 2021 @ 05:39 PM 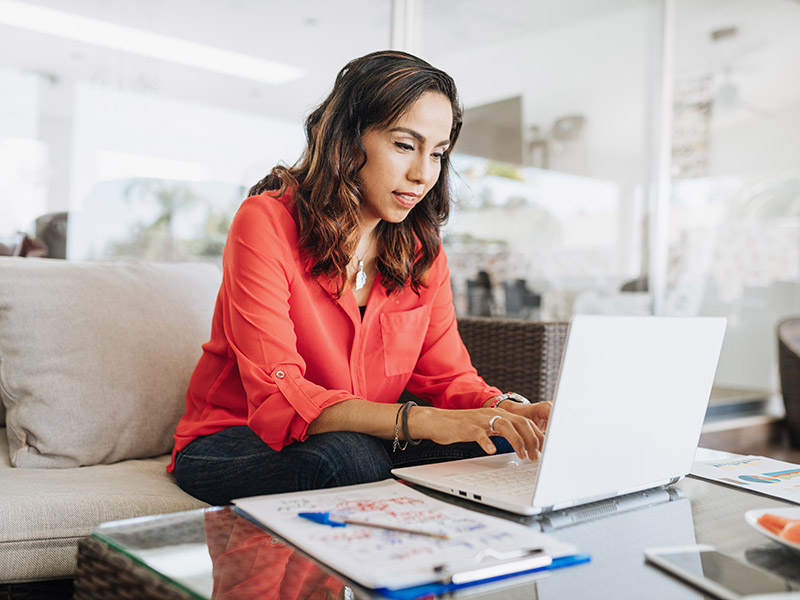 COVID-19 changed how most businesses operate day-to-day. Similarly, many financial statement audit teams were tasked with migrating to a fully remote environment in order to complete year-end financial statement audits and other attest functions. But while these changes to core auditing practices can raise questions around quality, these differences from standard customs are generally misunderstood. Below are some common misconceptions about the remote audit process. After some delays, standard changes to the lease accounting model for private companies and not-for-profit organizations are once again on the horizon. The Financial Accounting Standards Board (FASB) agreed to delay the changes issued in Accounting Standards Update 2016-02, Leases (Topic 842) as a result of both the COVID crisis and the significant burden of implementing the proposed changes for businesses. But while the delays may have caused many businesses to de-prioritize a review of existing leases, enacting the new standards in 2022 could mean significant changes for reporting and covenant calculations for nonpublic business entities.

The biggest item to note is that lessees will be required to recognize all lease assets and liabilities on their statement of financial position. Lessees may need to consider these significant changes in anticipation of the rollout in 2022. Below is recap of the standard’s major provisions and the implications for private entity adoption.

President Biden’s $1.8 trillion American Families Plan (AFP) represents the second installment of his “Build Back Better” campaign plan, and would more prominently position the government’s role in society. While his $2.3 trillion American Jobs Plan (AJP) would finance infrastructure spending primarily through additional taxes on corporations, the AFP has “wealthy” individual taxpayers footing the bill for child care and education spending. Congress must first agree on a strategy to formalize both the AFP and the AJP in legislation before it hones in on negotiations over the provisions from these two plans. But before the prospects are explored for the AFP becoming law, an analysis of its key components is in order. On April 19, 2021, New York Governor Andrew Cuomo signed the FY2022 New York State (NYS) budget bill (“the Bill”)(S.2509-C/A.3009-C). which among other items, includes various temporary tax increases and provisions affecting certain individuals, pass-through entities, and corporations operating in the state. Below is a recap of the most significant tax provisions included in the comprehensive budget legislation. On April 7, the Virginia Department of Taxation announced that certain corporations subject to Virginia state income tax must file a one-time report by July 1, 2021. Corporate taxpayers that fail to file the report timely, or make a material misstatement or omission, may be subject to a $10,000 penalty. The purpose of the report is to show the difference between the amount of tax the corporation would pay if it filed as part of a unitary combined group and the amount of the corporation’s tax based on the current filing requirements.

President Biden recently unveiled his $2.29 trillion dollar plan to invest in transportation infrastructure and other capital projects, The American Jobs Plan (AJP). Although designed to stimulate the economy, the AJP may come with unfavorable tax provisions. Biden’s proposed eight-year AJP would be funded over the next 15 years through increases to corporate taxes and changes to U.S.-international business taxation. These permanent tax increases would offset the cost of the infrastructure and capital projects, and would begin to reduce federal deficits thereafter.