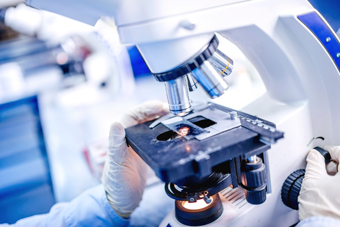 Life sciences companies have many new things to consider in light of the changes made by the 2017 tax legislation known informally as the Tax Cuts and Jobs Act (TCJA). Expensing elections for capital expenditures now have a broader scope, deductions for interest expense are subject to new limitations, and expenses for research and development will be subject to new rules for cost recovery. Several international tax developments may also affect how life sciences companies have traditionally structured activities related to research and development. How much economic growth will tax cuts create? The President’s outline of his tax proposals is based on the premise that tax cuts pay for themselves by stimulating the economy to create additional and offsetting tax revenues. There are varying ways to project the effect of tax policy on economic growth and tax revenue; the most popular method is called dynamic scoring. To bring dynamic scoring into focus, it is necessary to understand what it is, how it is calculated, and why it matters. 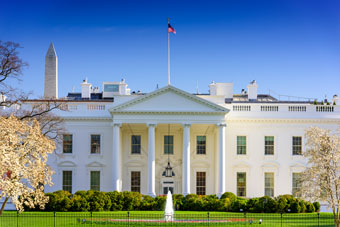 In less than 250 words, the Trump Administration outlined a tax reform plan on April 26. “This is going to be the biggest tax cut and the largest tax reform in the history of our country and we are committed to seeing this through,” said Treasury Secretary Steve Mnuchin.

The outline includes changes to decrease the tax rates for individuals and businesses. It also calls for the repeal of the individual alternative minimum tax (AMT), the net investment income tax (NIIT), and the estate tax. Other than eliminating certain deductions, the proposal did not include any definitive measures for increasing revenue to offset the cuts. The plan also did not address non-tax matters, such as infrastructure spending or construction of a border wall. The deadline for applications to be submitted is February 16, 2017 by noon. Interested applicants are required to submit an online application.  Applications will be accepted on an ongoing basis via the MLSC website (http://www.masslifesciences.com/programs/tax/) until the deadline. Future planning using the tax code can seem next to impossible, particularly with the political gridlock that has kept Congress from making popular tax extenders part of the permanent tax landscape. In mid December, Congress is expected to pass a two-year extension of popular provisions of the research development tax credit and the 15-year depreciation for qualified leasehold, restaurant and retail improvement property. The two-year window should make planning easier in the coming year, but it’s not a long-term solution.

A CBIZ Tofias Talks podcast about US corporate taxation

For reasons of lower taxes, does it make sense to move your life sciences company overseas? Businesses with annual employee bonus plans have long operated under the assumption that as long as they pay bonuses within 2 ½ months after the end of the year in which the bonuses are earned, the bonuses are deductible in the year earned, rather than in the year paid. While it is true that the "2 ½ month rule" must be satisfied in order to deduct the bonus in the year earned, other requirements must be met as well. The IRS has issued several rulings in the last few years illustrating how many bonus plans may fail these requirements. While these rulings may cast doubt upon the deductibility of many employers' current bonus plans, they also shed light on how to structure a bonus plan to withstand IRS scrutiny.

The deadline for applications to be submitted is October 23, 2014 by noon. The Life Sciences Center is hosting information sessions to provide more information and answer any questions from July to October. CBIZ Tofias is co-hosting one of these sessions with law firm Cooley LLP on September 23 from 8:30 – 10:00am at 500 Boylston Street in Back Bay.  We encourage you to attend this session with us – to register, click on the following link:  http://info.cbiztofias.com/boston-pe/MA-life-sciences-tax-information-session

Taxpayers with certain signature authority over or financial interest in foreign accounts must annually file Treasury Form TD F 90-22.1, Report of Foreign Bank and Financial Accounts (“FBAR”). The FBAR must be received by June 30, which means that anyone who needs to submit should be in the process of preparing and sending their paperwork, if they haven't already.